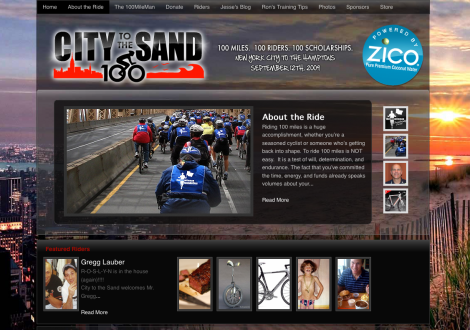 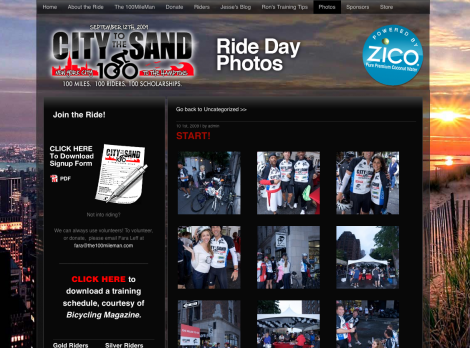 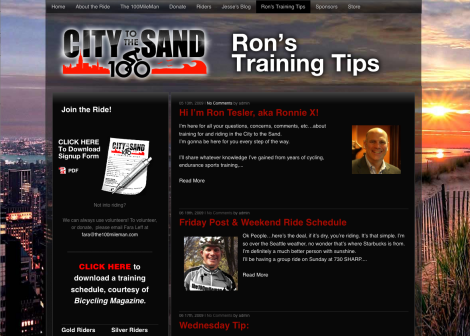 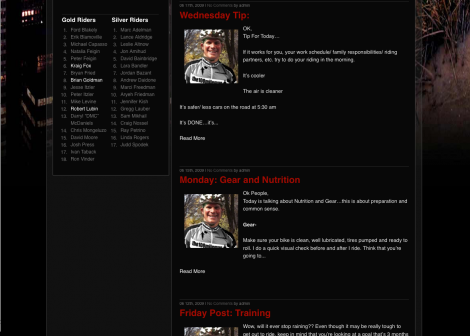 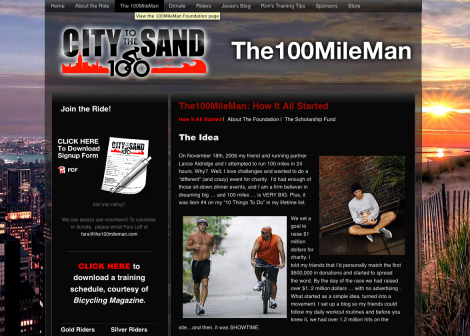 After running 100 miles for charity in 2006, Jesse Itzler founded The 100 Mile Man Foundation to raise money for a variety of causes. Major Robot built and supported the 100 Mile Man blog for two years, which covered the "City to the Sand" event in 2009, and the "Pedal in the Park" event in 2010. The site featured Jesse's updates, as well as various sub-blogs from different riders.

Learn More About Our Process »